Can’t we all just get along? 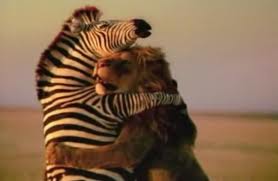 Can’t we all just get along? Why not? Answer- Compromise isn’t always a good thing!

Mr. Joe Wild lamented in a recent letter to the editor of the Herald that conservative commissioners don’t play well with others in the sandbox of local politics.  He’s right! Conservatives have chosen to ‘stand their respective ground’ by sticking to their principles, something that cannot be said for their liberal-progressive counterparts.  Mr. Wild and the likes of Commissioner Richard Hayes, who has recently voiced a similar refrain, have it wrong.  Compromise doesn’t simply mean meeting in the middle, finding common ground, or reaching a happy median, although those words have been morphed to mean just that.  Compromise means that when parties to a discussion BOTH have fully defensible and justifiable positions based firmly in their core beliefs, agree to modify their respective positions to reach a workable solution.  Each party agrees to ‘compromise’ from their own principled position. This does not mean a sacrifice of all their principles.

What Mr. Wild implies is that regardless of the progressive liberal position, it is up to the conservatives to ‘play nice’ and compromise. The problem is exacerbated by the profound ability of liberals who feel compelled to spend every available tax dollar to buy every possible constituent vote, or to control every possible aspect of life, whenever the common will doesn’t agree with them.  So no, Mr. Wild and Mr. Hayes, everyone just can’t get along!  The attempt to do so is breaking the bank and ruining our society!

I am a wealthy planter, originally from Maryland, and an early advocate of independence from Great Britain. I served as a delegate to the Continental Congress and later as United States Senator for Maryland. I was the only Catholic and last surviving signatory of the Declaration of Independence.
View all posts by Charles Carroll →
This entry was posted in Uncategorized. Bookmark the permalink.

2 Responses to Can’t we all just get along?