Hickory Dickory Dock, the Moss Ran Up the Clock… 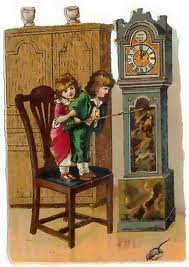 Well, this morning the clock struck one, and Moss came down, hickory dickory dock.  Nursery rhymes, that’s what we have here.  And Moss’ clock is running right on schedule.

County Manager John Crumpton sent an advanced letter to the School Superintendent today indicating his preliminary recommendation to fund public schools at an increase of about $160,000 in operating expenses and $150,000 in capital expenses this next FY.  Plus, because of capital project financing for the schools, the county is spending $180,00 or so more in debt service this next year.  All totaled, Lee County taxpayers would have to spend $.5M more on public schools this year than they did last year; but mercifully, without a tax increase. 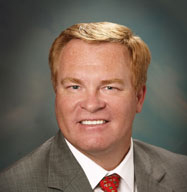 Coincidentally, Dr. Moss just today called for an emergency Board of Education meeting on May 24th to discuss reductions in force that will be necessary; an interesting development in light of this announcement of an INCREASE in local school funding.  Of course, Dr. Moss hasn’t had time yet to study the county manager’s letter and perform an impact assessment, but somehow he already knows  he is going to do wholesale reductions in force.

Call me crazy, but I just don’t see any sense in Moss jerking the BOE around like that.  The County BOC hasn’t even begun its formal budget review session yet, and the county isn’t likely to complete work on its budget until June 20th or so.  Why in the world would they be jumping through hoops to discuss RIF’s right now, in the midst of school year close-out, and in a manner that will prove very disruptive to the teachers and schools?  Well, it’s a simple answer– Dr. Moss is doing that because he gets maximum shock effect that way.

Remember that, back in 2009, Dr. Moss transmitted the layoffs of 49 teachers’ assistants without proper advanced warning to his principals and to the BOE.  So, it comes as no surprise he is repeating his boorish behavior again in this budget year.  It’s right out of the Dr. Jeff Moss playbook for advanced superintendent bullying.  Scare all of the teachers and goad the BOE into action.  Well played Dr. Moss!

3rd President and Founding Father of the U.S. I conceived and promoted the country's system of public education in the early 19th Century. I am often misunderstood about my the "wall of separation" term and letter to the Danbury Baptist Association, which unfortunately has come to be interpreted as my suggesting separation of God and the Holy Trinity from all matters of state. I am a Christian, saved by the blood of Jesus Christ and I owe Him my salvation. I pray for this great country, that it remain strong, independent and Christian!
View all posts by Thomas Jefferson →
This entry was posted in Budget, Capital Improvements, Education, Jobs & Workforce Development. Bookmark the permalink.