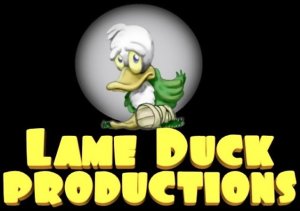 Another Production from our Lame Duck Commissioners

Tuesday morning’s opinion piece in the local paper “Heralded” (pun intended) the bravery of the “lame duck” board of commissioners for passing incentives for Coty.  It mentioned there may be no more chances for such chivalry and honor (my words) once the new establishment (hidden meaning: mean, ruthless, hate incentives new commissioners) come on board. Can we say “tone deaf”?   That includes the Herald. 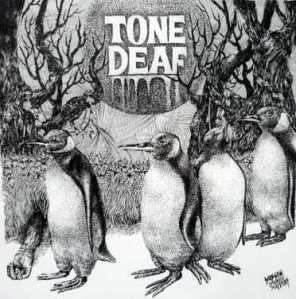 Doc, Did you hear that? No Richard. Okay, neither did I. Stay with us now Ed & Robert...don't go listening to that noise from the right!

Lee County citizens can now be satisfied the diagnosis of ‘tone deafness’ among the present Board of Commissioners has been confirmed.   Test results were positive. Monday night, the Board met and voted to give away more than $150,000 in county tax rebates to Coty, the world’s largest fragrance distributor.  All totaled, the county and the city will provide the company $286,000.  Lost in the discussion was the fact that Coty had no plans to expand or relocate elsewhere.  Sanford is one of only three sites in the USA where Coty has mature facilities, the other two being New York City and Miami.

The beauty of this giveaway for Coty is they are under absolutely no commitment to create or even retain jobs to receive the rebates.  What else is new? All they have to do is add new equipment or facility upgrades to qualify.  That expansion was already in the cards for the Sanford plant.  So, this incentive deal was just a high-level kickback for being a reliable employer in the local area.   Can’t blame Coty knowing the track record for the current commissioner board members.

Absent from the Board in this, the final BOC meeting for Commissioners Kelly and Dalrymple, was Linda Shook, who had a prior commitment in California.  Speaking in favor of the incentives deal for Coty were Bob Heuts of the LCEDC, and John Daniel from the LCEDC Board of Directors.   Does Bob ever speak against them? No!

The lone “common sense” voice speaking in opposition to the package was Commissioner-elect Jim Womack.  He appealed to the BOC not to rush this package through.  He asked the board to analyze the deal more closely, to require the creation of jobs in the contract, and to ensure the document meets NC legal requirements for incentives.  The Board would have none of that, voting unanimously to move the contract forward without modification.

Just two weeks ago, the citizens of Lee County spoke through the ballot box about their dissatisfaction with elected leaders at the County, State and Federal levels.  Sweeping changes were made in every locally contested race, except for Mrs. Shook, the lone voice on the BOC who traditionally has argued for fiscal conservatism.  Unfortunately, the other sitting members of the BOC remain tone deaf; either ignorant of the will of Lee County citizens or unwilling to adjust their spend-happy behaviors.  Defiant to the will of the people is more like it.

Two weeks from today the BOC will replace Jamie Kelly and Amy Dalrymple with conservatives Jim Womack and Charlie Parks.  The BOC will shift to the ‘right’ in its fiscal policies, though a fourth vote for many policy issues will be hard to muster with (RINO) Doc Oldham and moderate Democrat Ed Paschal normally voting with the ‘left’ on fiscal matters.  Left, fiscal – do they really belong in the same sentence?

Truthfully, it will be two more years before the BOC gains the fourth or more conservative votes necessary to bring the board into full compliance with the will of the people.  It’s likely that Doc Oldham, Richard Hayes, and Ed Paschal all will be voted off the BOC as a result of their tone deafness.  If this past election is any guide, the 2012 election will usher in three new at-large commissioners who can harmonize fiscal stewardship with responsible economic development.

Anyway, because I am just a patriot, and of course, apparently not as smart as our current “lame duck” commissioners are (I’m braver though), I must have been actively protecting my family and country when the “EDC Reform Committee” went into non-action.   Because this is not an indication the meetings did any good at all.

I think it’s time to add another version of my famous words, “Give me liberty or give me death”.  From this point on, I should say :

“Give me liberty and not liability.”

"Give me liberty, or give me death!"
View all posts by Patrick Henry →
This entry was posted in Economic Development, Election 2010, Jobs & Workforce Development, Lee County Politics. Bookmark the permalink.